Skip to content
Welcome, friend. I'm just a bewildered creature who likes to read. Here, I share passages that move me and thoughts about each of the books I've read.
Join 1,995 other subscribers 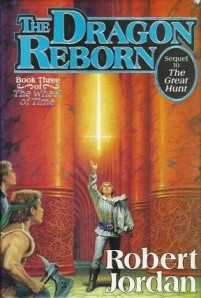 The Dragon Reborn is book three of the Wheel of Time series. In book three, Rand appears only briefly as the book follows Egwene, Elayne, and Nynaeve’s storyline as Aes Sedai, interspersed with chapters from Perrin’s and Mat’s point of views. As a reader it was disappointing not only to know what would happen at the end of the book before reading it (Rand goes another round vs. B’alzamon. Who knew?) but also to find out the epic battle you’ve been waiting 600 pages for is short, perfunctory, and unsatisfying. It’s almost as if Robert Jordan became bored while writing the book. There’s almost no denouément whatsoever.

I’m currently reading book four, The Shadow Rising though not sure if I’ll continue reading the series beyond that.

I'm a runner, reader, writer, and editor. View all posts by Krista Stevens